You Are Here: Waste Management and Decommissioning 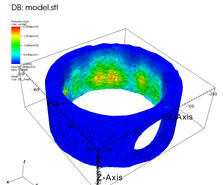 For decades nuclear power plants contributed to the German electricity production. After the accident at the Japanese NPP Fukushima I in 2011, the 13th amendment to the German Law on the Peaceful Use of Nuclear Energy and Protection against its Hazards – “Nuclear Law” – finalized the commercial production of electricity in nuclear power plants. Eight plants had their licenses for power generation revoked immediately; the other nine plants will be powered down permanently one by one until 2022.

During operation, as well as decommission of nuclear power plants, radioactive waste is produced. Treating and disposing of those waste is an important and central task which the Chair of Repository Safety, and especially the work group “Nuclear Decommissioning and Disposal” have taken on.